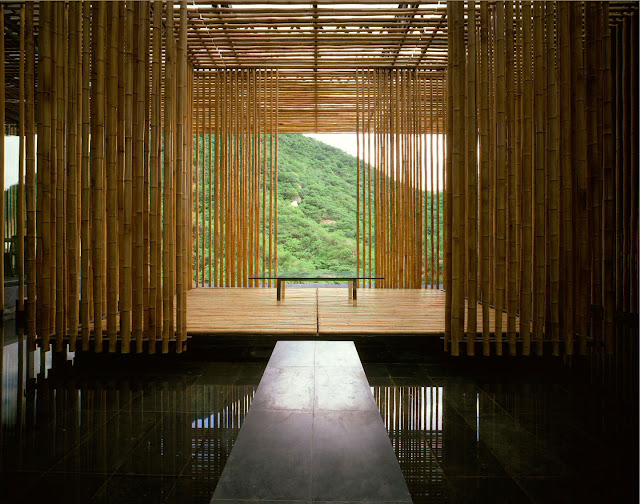 The Atmosphere In Bamboo Hotel & Residences l China by japanese architect Kengo Kuma
reed more in ArchEyes
"There are several reasons we chose bamboo as the principal material. First of all, we thought charm in the material’s weakness. The Great Wall built with solid stone and brick had been a device to sever the world of civilization and savage, while the bamboo filter would on the other hand allow light and wind to pass through. Also, the bamboo filter could work as a connection between the worlds. Historically been brought to Japan from China, the bamboo is a symbol of cultural interchange between those two countries.
– Kengo Kuma Architects 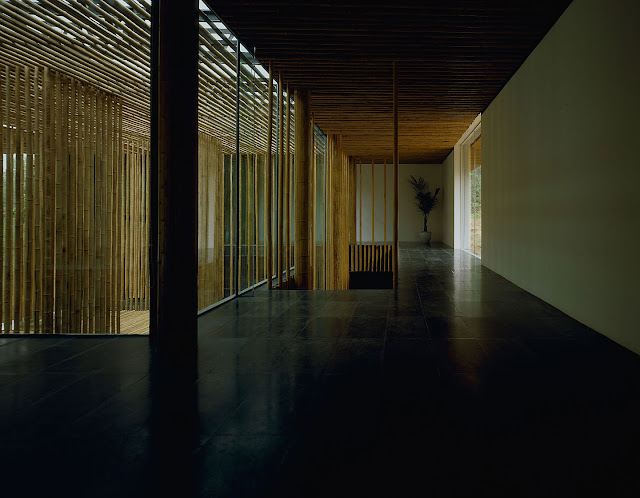 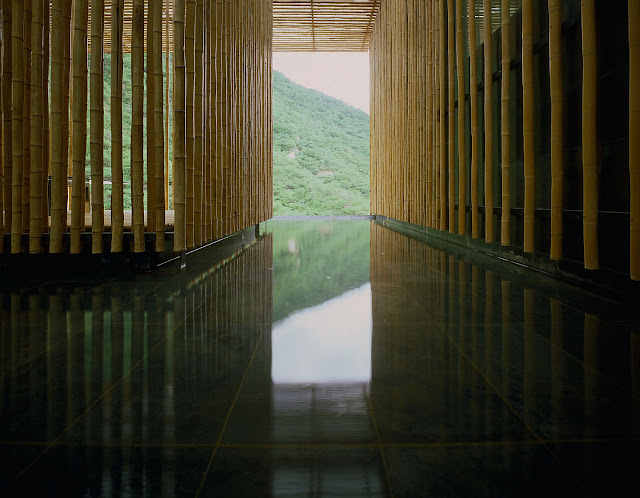