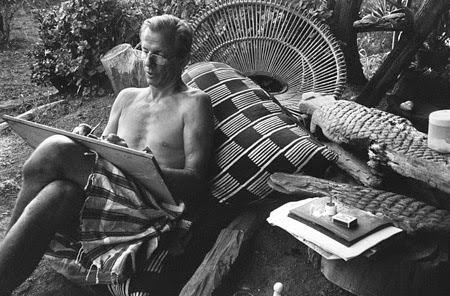 Born in 1938 in New York City, raised in New York City, Alabama, and Bayberry Point, Islip, Long Island, Peter Beard kept diaries at an early age. He took his first pictures at twelve and photography quickly evolved into an extension of his diaries, as a way to preserve and remember vacations and favorite things 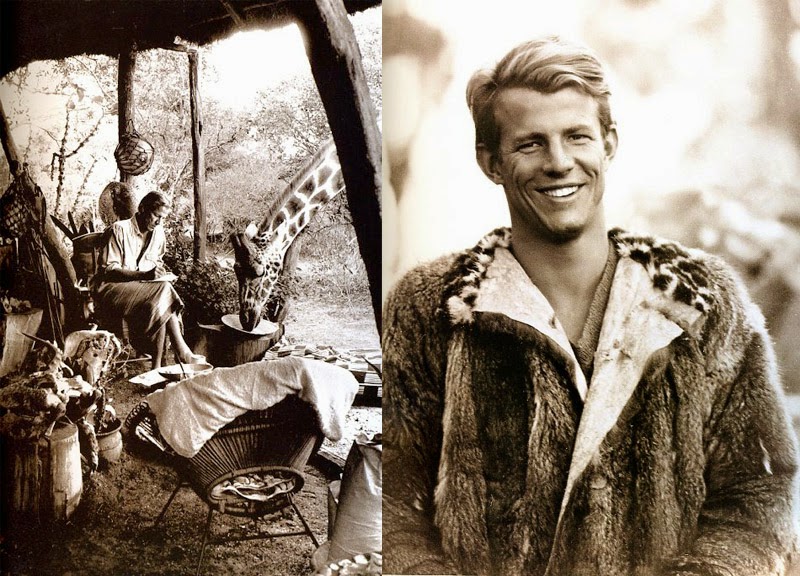 In the early 60s he worked at Kenya’s Tsavo National Park, during which time he photographed and documented the demise of over 35,000 elephants and 5000 Black Rhinos and published two The End of the Game books (1965 & 1977). During this same time period, he acquired Hog Ranch, the property adjacent to Karen Blixen’s near the Ngong Hills and made it his home base in East Africa. 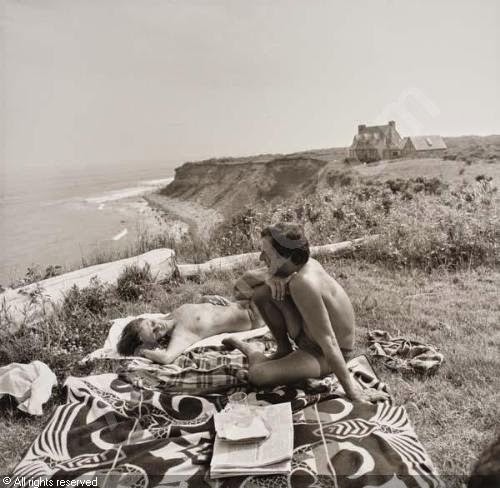 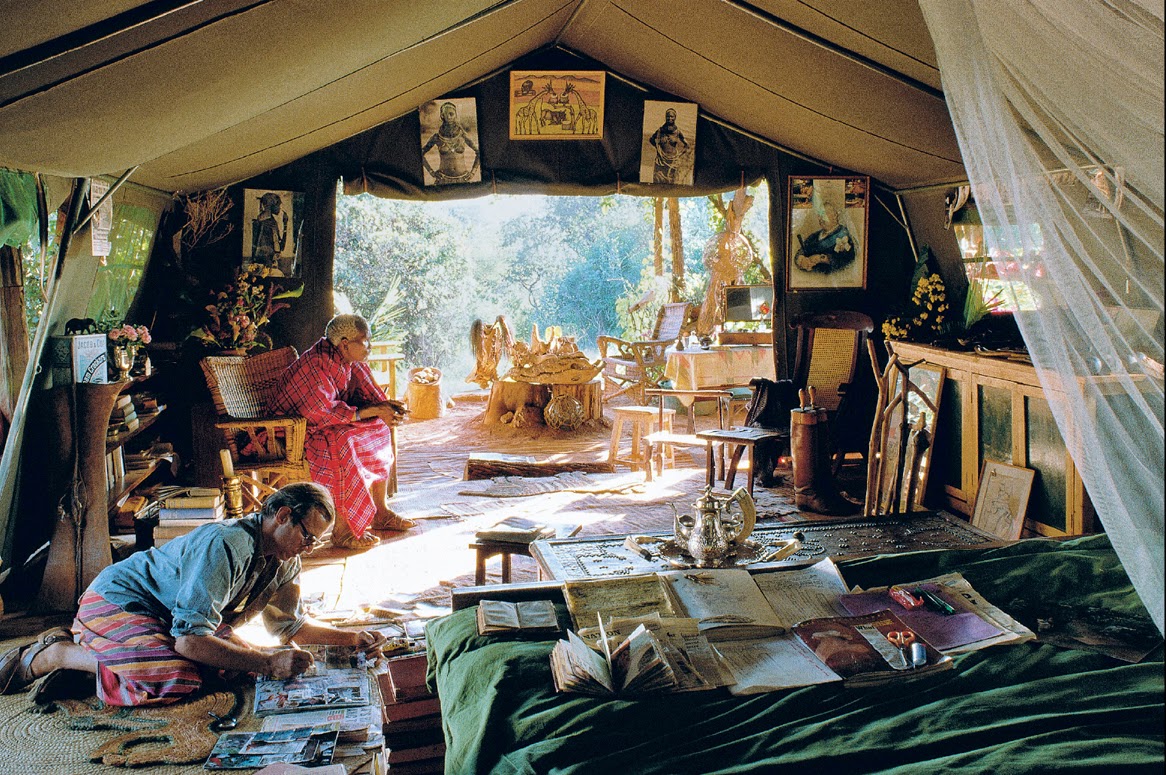 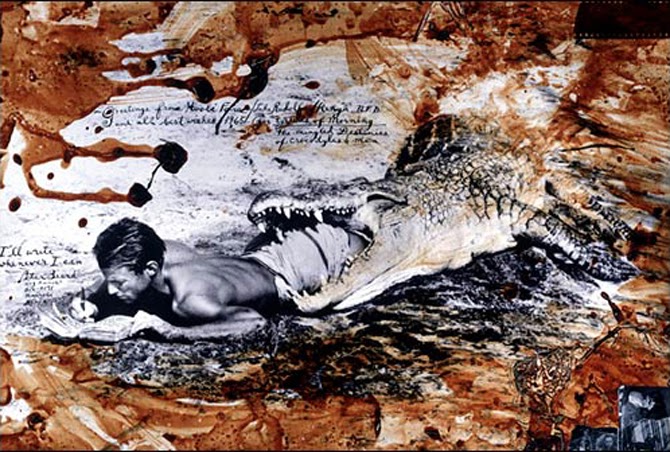 Beard has written further works on his African experience: Eyelids of the Morning: The Mingeled Destines of Crocodiles and Men(1973), Longing for Darkness (1975), and his most recent books Zara’s Tales: Perilous Escapades in Equatorial Africa (2004) written for his daughter and his latest book Peter Beard, published by Taschen in November 2006. 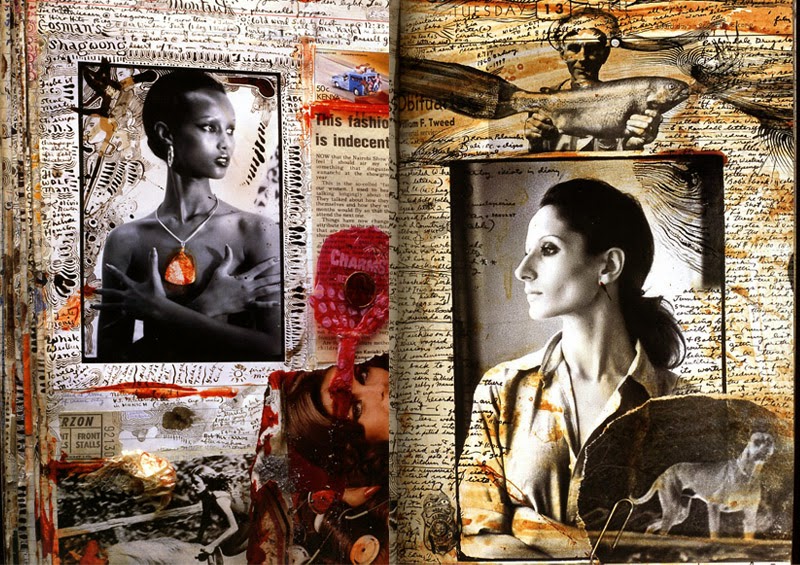 His first exhibit was at the Blum Helman Gallery In New York in 1975 and was followed in 1977 by the landmark installation of his photographs, elephant carcasses, burneddiaries, taxidermy, African artifacts, books and personal memorabilia at the International Center of Photography (his first one man show) in New York City. 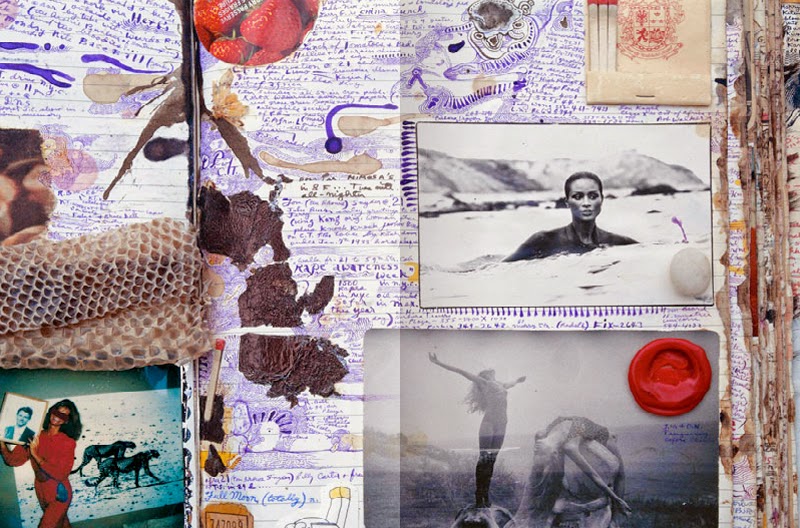 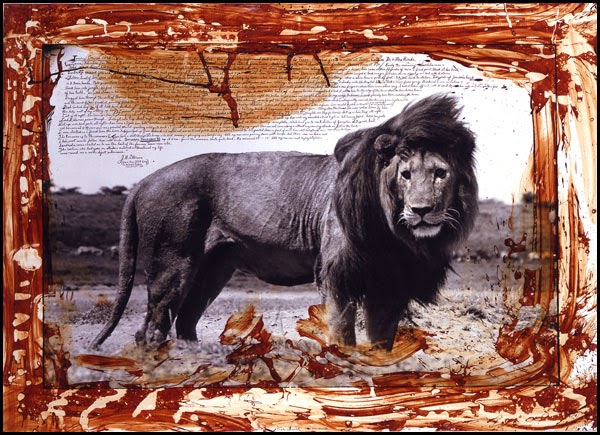 In addition to creating original artwork, Beard has befriended and collaborated on projects with many artists including Andy Warhol, Andrew Wyeth, Richard Lindner, Terry Southern, Truman Capote, and Francis Bacon.

In 1996, shortly after he was skewered and trampled by an elephant, his first major retrospective opened at the Centre National de la Photographie in Paris, followed by other exhibits in Berlin, London, Toronto, Madrid, Milan, Tokyo and Vienna

Enviar a mensagem por emailBlogThis!Partilhar no TwitterPartilhar no FacebookPartilhar no Pinterest
Etiquetas: at work, painters, photographers 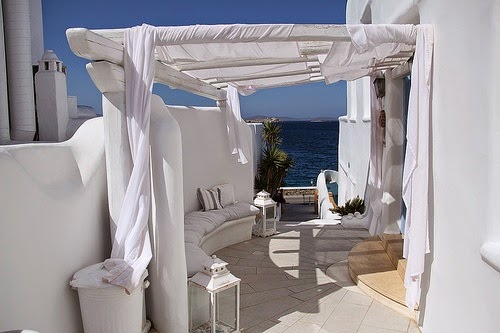 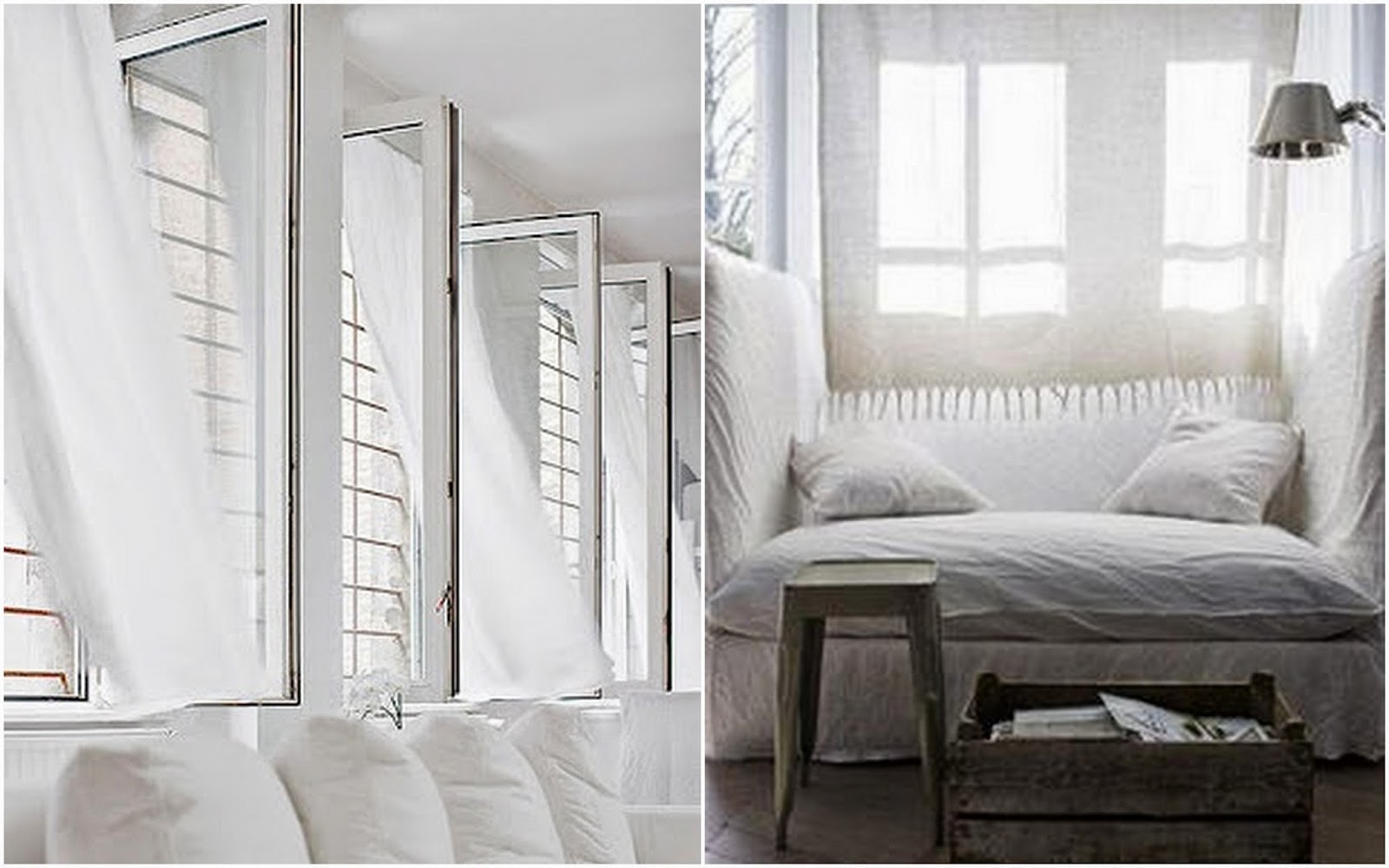 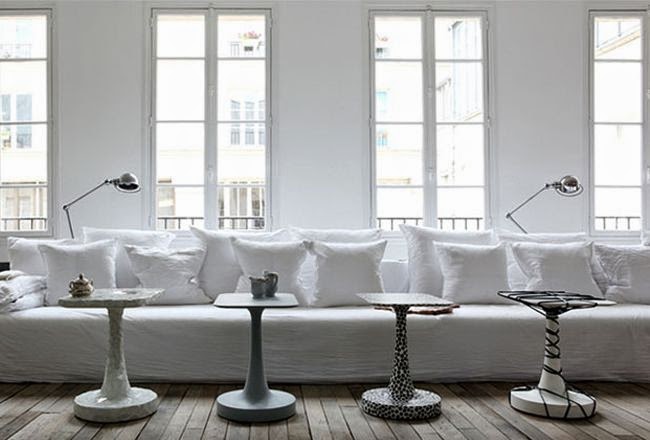 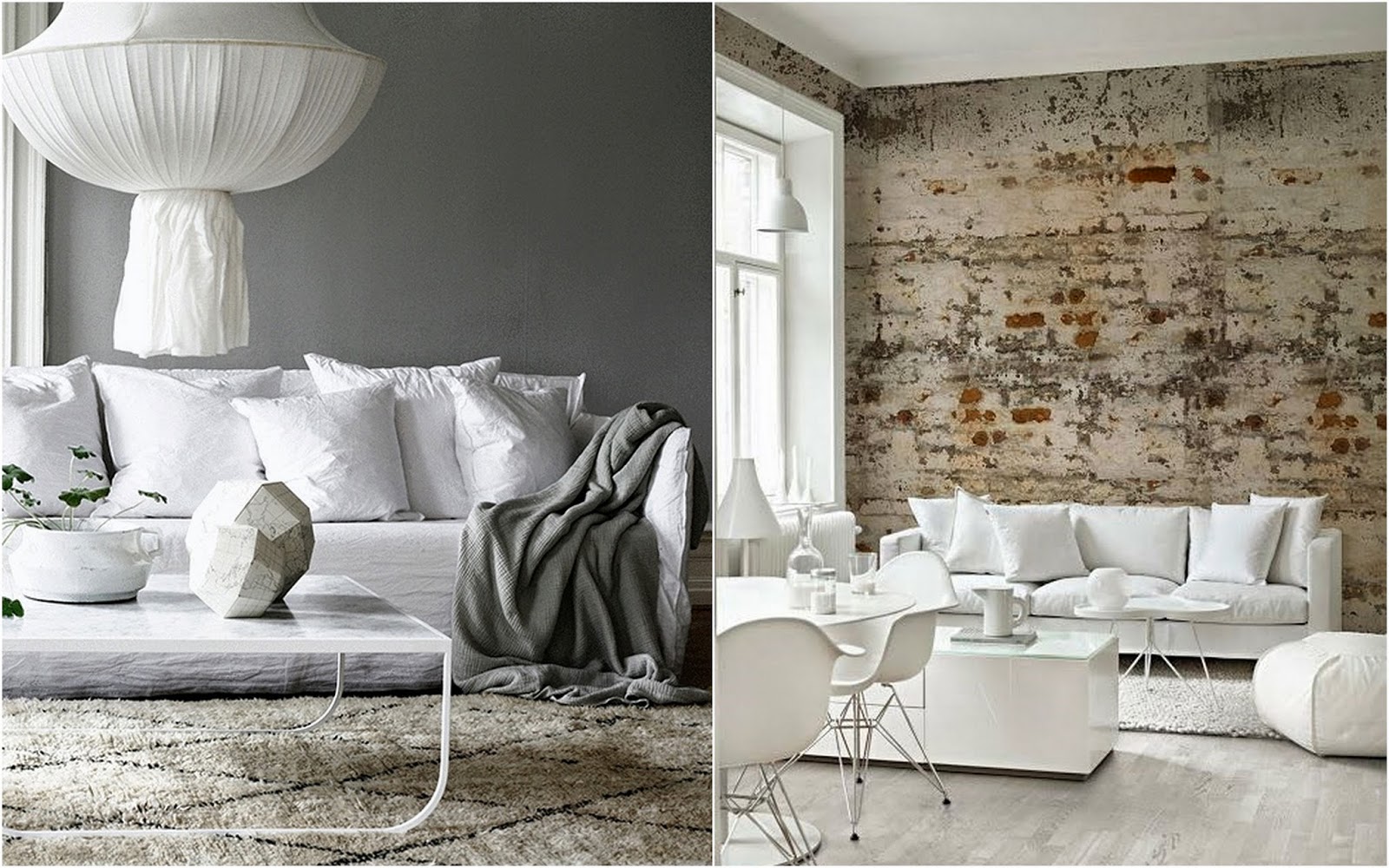 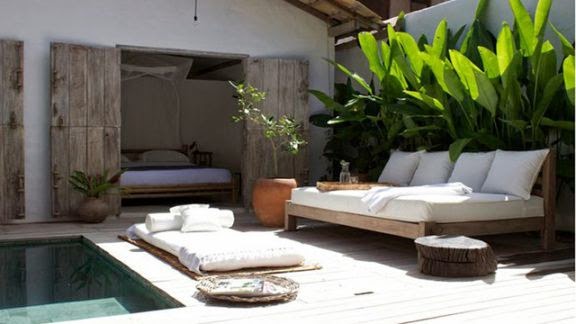