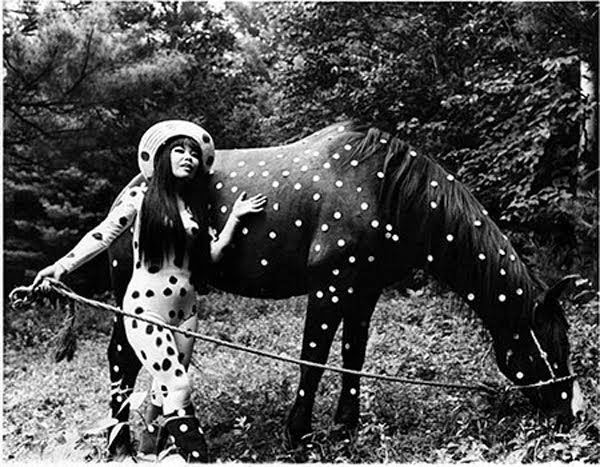 Yayoi Kusama, (born March 22, 1929) is a japanese artist and writer. Throughout her career she has worked in a wide variety of media, including painting, collage, sculpture, performance art, and , most of which exhibit her thematic interest in psichedelic colours, repetition and pattern. A precursor of the pop artr,minimalist and feminist art movements, 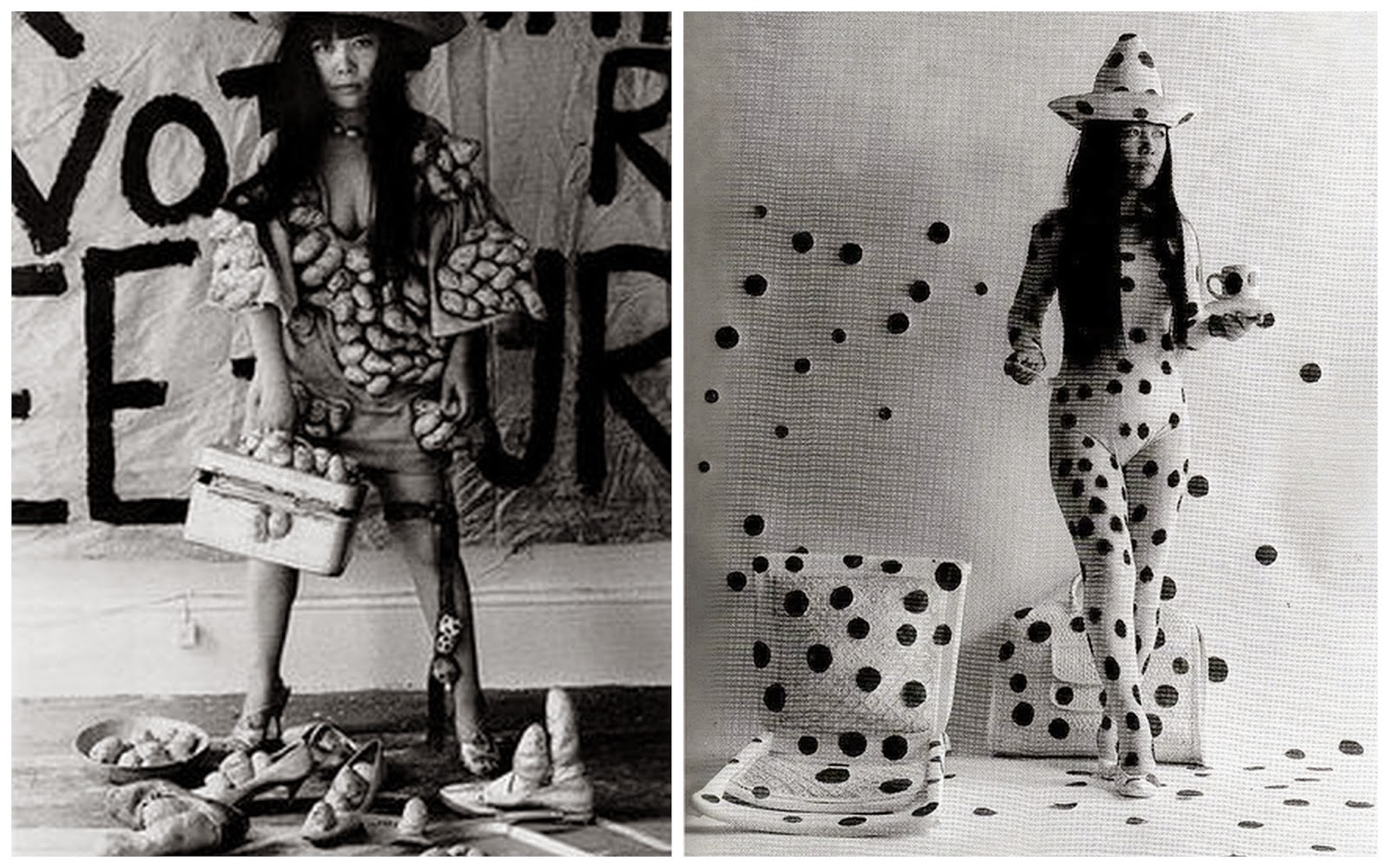 Kusama influenced contemporaries such as Andy Whorl and Claes Oldenburg .
Although largely forgotten after departing the New York art scene in the early 1970s, Kusama is now acknowledged as one of the most important living artists to come out of Japan, and an important voice of the avant-garde. 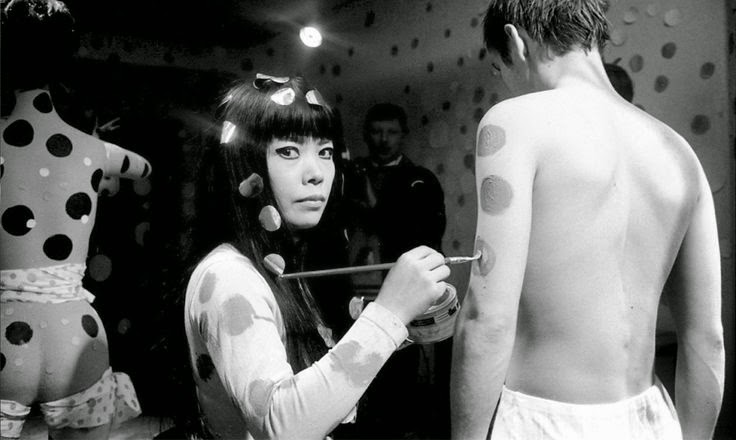 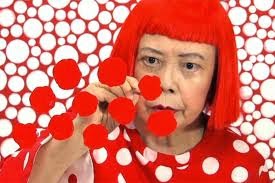 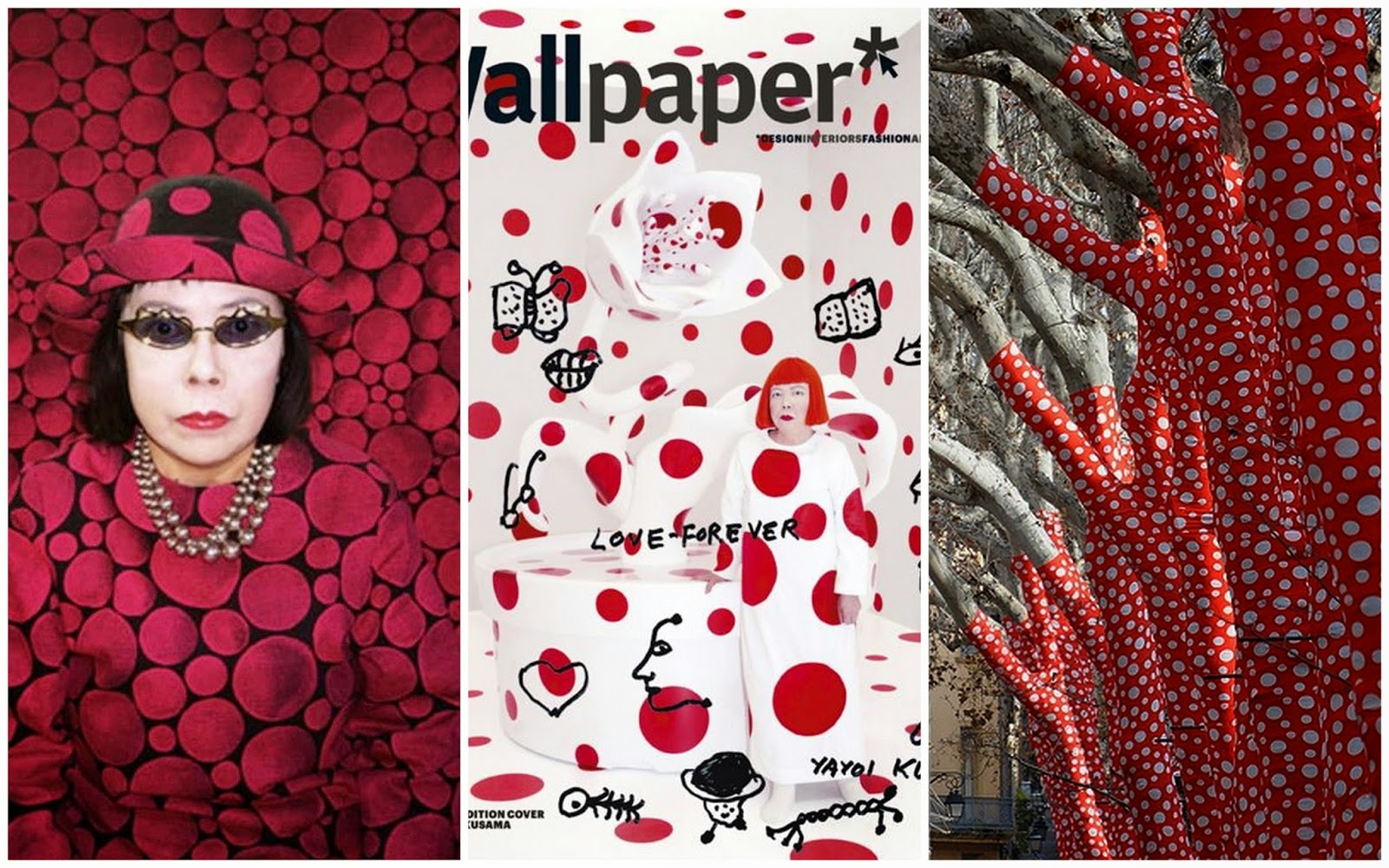 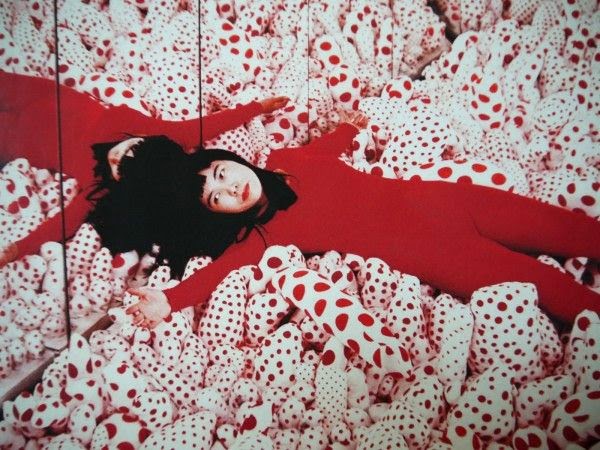 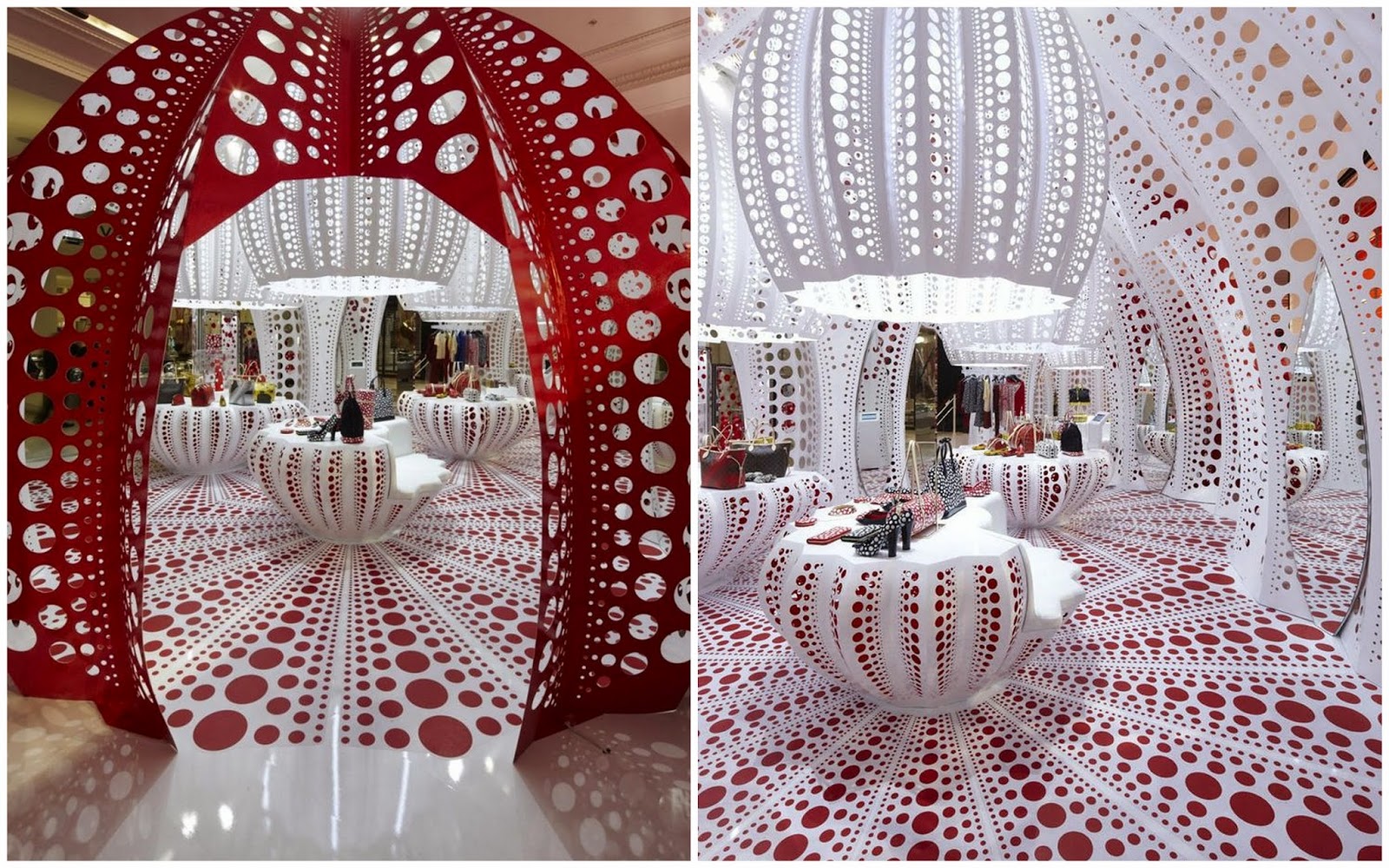 In August 2012 Selfridges London launched an exciting UK exclusive and the largest store collaboration to date with Yayoi Kusama and Louis Vuitton, taking over our legendary windowsand Concept Store. 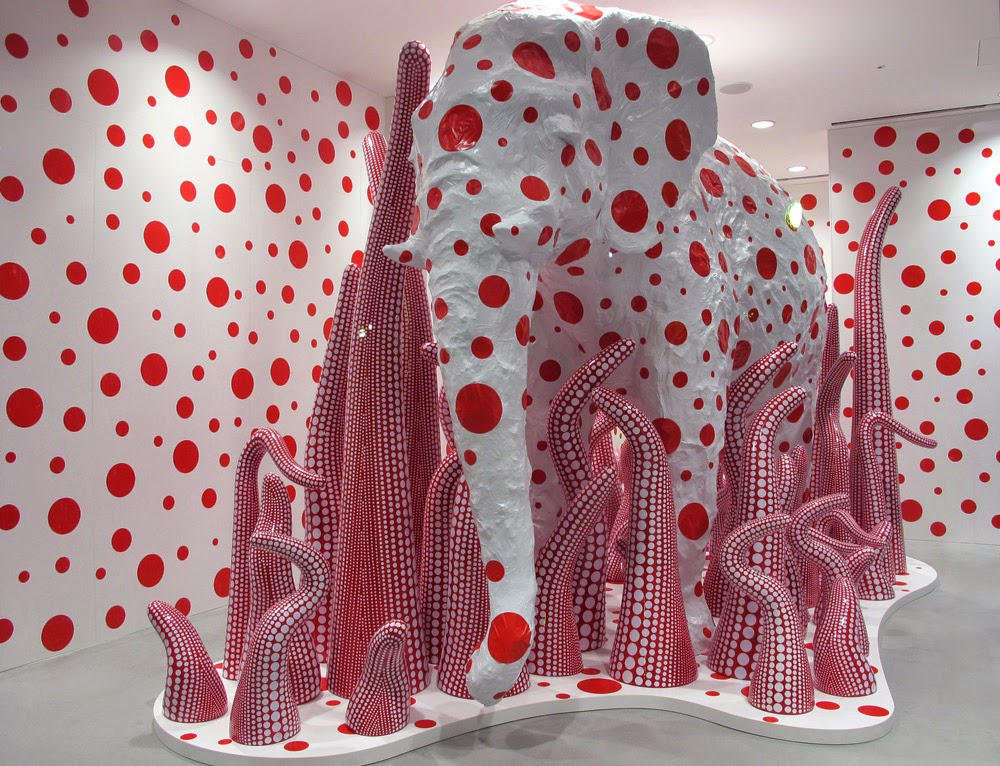 Louis Vuitton collaborated with the illustrious Japanese artist to create a collection of must-have handbags, ready-to-wear, travel bags, shoes and accessories featuring Kusama’s iconic bright, repetitive patterns. Selfridges London was the only place in the UK to house the exclusive second drop of the Kusama Monogram collection and marked the occasion with an unprecedented 24-window design by Yayoi Kusama. 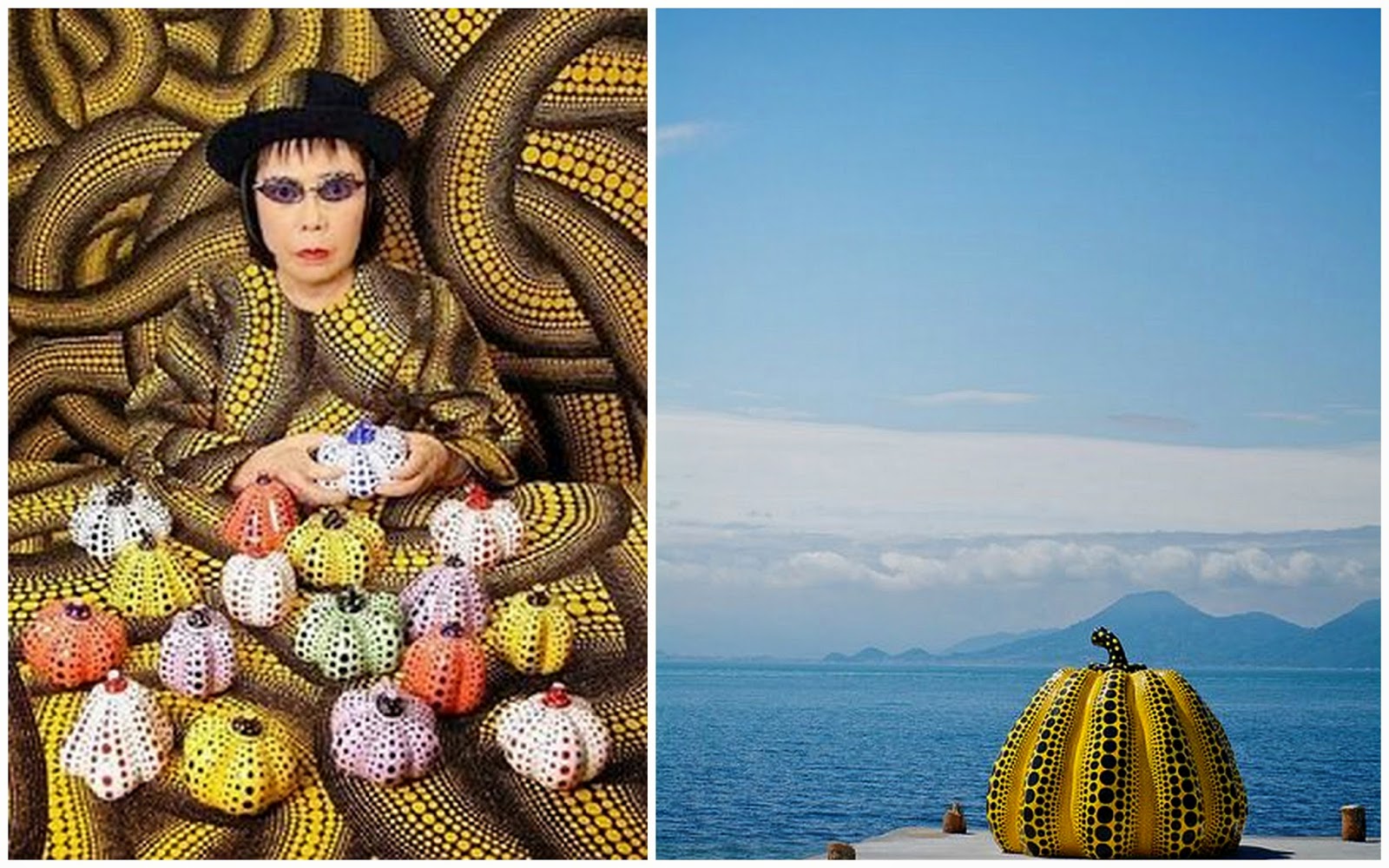 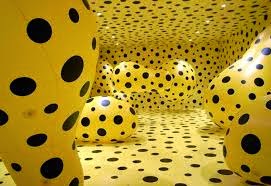 "A polka-dot has the form of the sun, which is a symbol of the energy of the whole world and our living life, and also the form of the moon, which is calm. Round, soft, colorful, senseless and unknowing. Polka-dots become movement ... Polka dots are a way to infinity" Yayoi Kusama